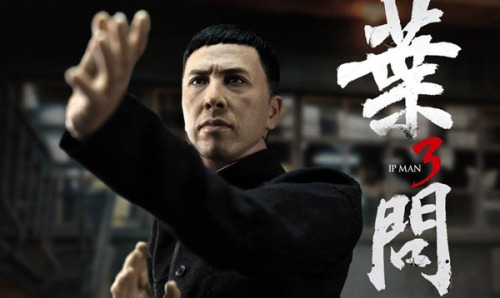 This last entry in the badass Ip Man series was more of a romantic martial arts movie. The film focused a great deal on the sickness of his wife and the pain they both went through during her final days.

I believe they were trying to show Ip Man the “man” rather than Ip Man the wing chun master. That he was human like the rest of us, and that he was a father and husband before anything.

Now I don’t have too much problems with this side of the story but I felt that this movie took way too long to showcase that subject. It’s like, “yeah we get it, she’s dying!” Having 70% of the movie scenes with montages about her dying is unnecessary.

With that said and out of the way…Ip Man 3 was BADASS! Dude wrecked everyone! Having Mike Tyson in the film was an absolute waste of time. All his scenes could have been edited out and nobody would know the difference. It’s almost like they put him in the movie to appeal more to Western audiences since they are familiar with Mike Tyson.

The final fight still wasn’t as good as the first movie when he fought 10 of the Japanese Karate guys. It was still pimp tho.

Donnie Yen is a great action star. I can’t believe this might be his last action role 🙁 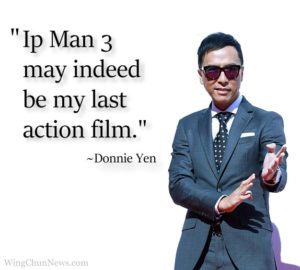 I sure hope not!