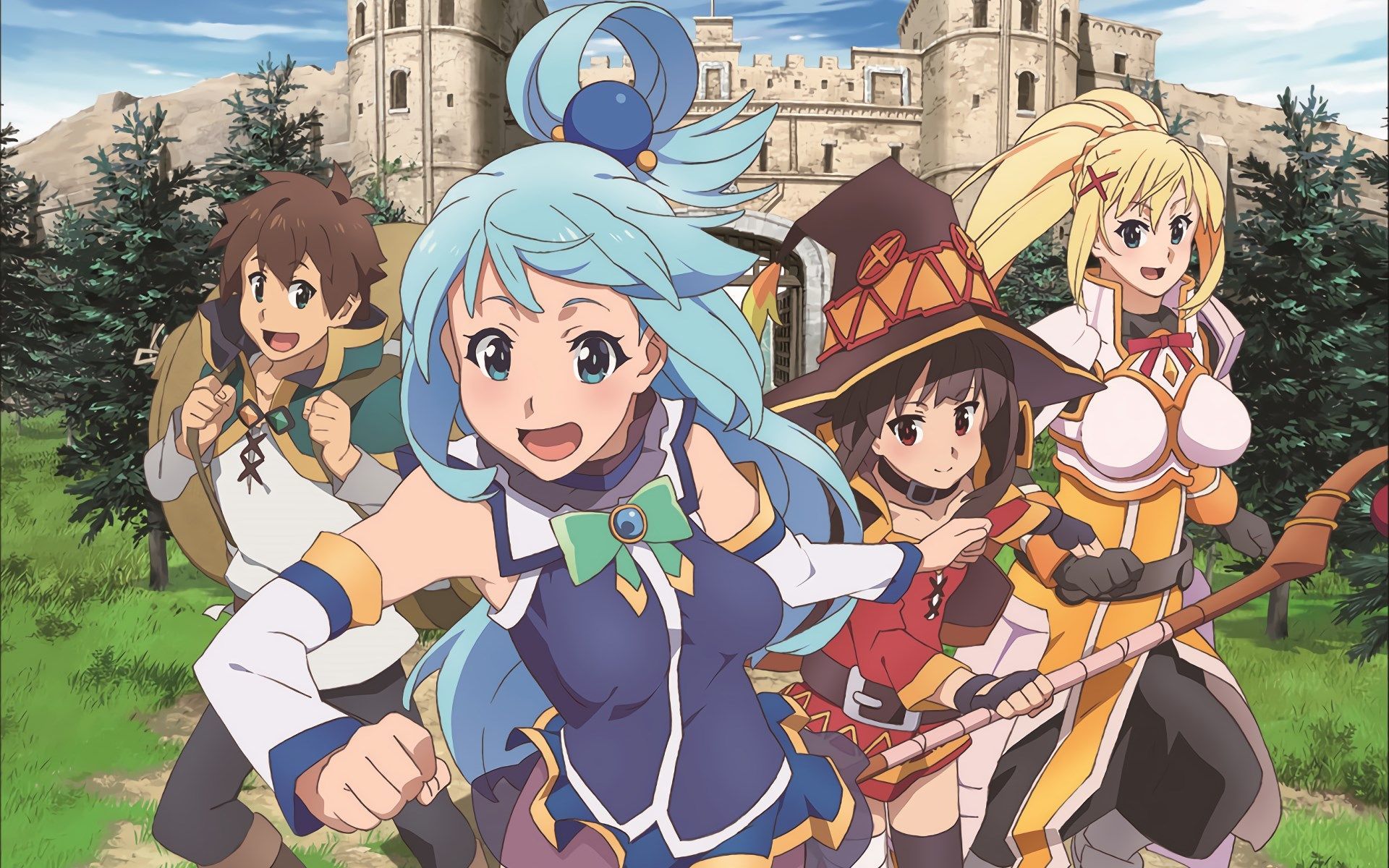 God's Blessing on This Wonderful World.

This was recommended to me by a buddy at work since I've been on such a huge anime kick lately. Took me a bit to completely finish both seasons but I will have to say it was pretty hilarious.

Some super nerdy video game guy dies trying to save some girl from getting hit by a truck. Even though the girl wouldn't have gotten hit, something in his mind wanted to save her, probably because he plays too much fantasy video games.

Anyway, so despite all of that he ends up getting a second chance in life by some goddess in this alternate fantasy world where he has to defeat the demon lord.

That's pretty much the plot of the entire series, however all the characters that join him along the way are twisted in their own specific sense.