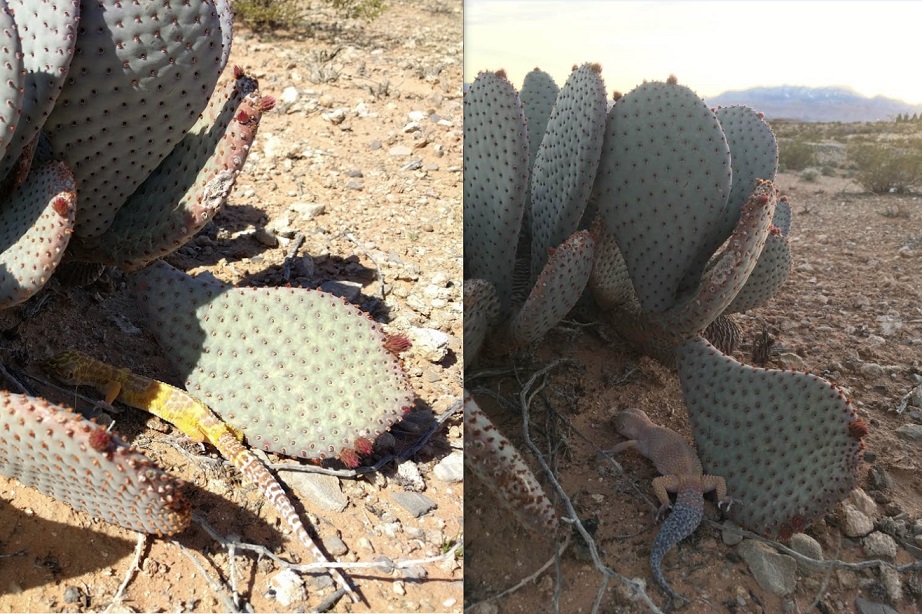 My two female Leopard Geckos perished within the last week. I believe they got some type of disease somehow which ultimately caused their deaths. Or it could possibly be my cats scratching against the cage glass every time they tried to eat. Maybe stress? Either way, my wife suggested I place them in the desert across the street from our house. This way they can get eaten up and return to the earth.

I placed the first dead lizard there next to a cactus. Two days later, my other lizard died. I brought that one over to the same place and the original lizard was gone. Looks like something got to it or it was resurrected

Well in the end, at least they laid some eggs and had some babies. Their legacy goes on. 🙂