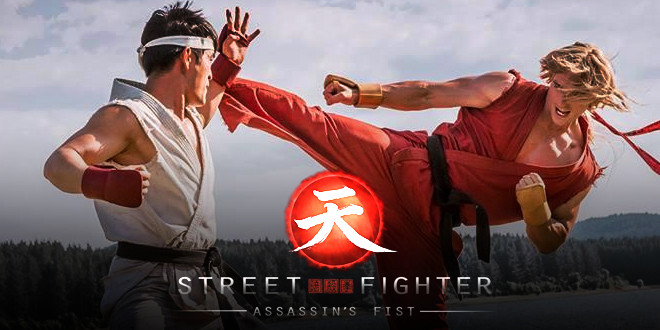 This web series finally came out today in it’s entirety. After watching all 12 episodes, I’d have to say it was quite enjoyable for a low budgeted web series. Now, I don’t consider myself the most hardcore Street Fighter fan but I do follow the games and story.

This one stayed pretty true to the story line of Ryu and Ken while they were still in training. I did like all the remixes of the original music put into certain areas of the show.

Ryu and Ken’s characters did well to play their part. I really had no issues with them. It really did feel like the Ryu and Ken from the Alpha days…well I suppose as good as live action can be that is.

Gouki’s portrayal could have been better but considering all things, it was done well. In my head, I always picture Akuma as some super badass that does dragon punches which tear full ships in half 🙂

I did like all the subtle jokes/tributes they had in the show. With reference to Dan and Yoshinori Ono having a small role in the show.

I do hope they make another season, but with a bigger budget this time. It’d be nice to see cameos of all the other street fighter characters and I’m interested in what they’d do to develop the story.

Any Street Fighter fan should definitely not miss the opportunity to watch this at least once. 🙂