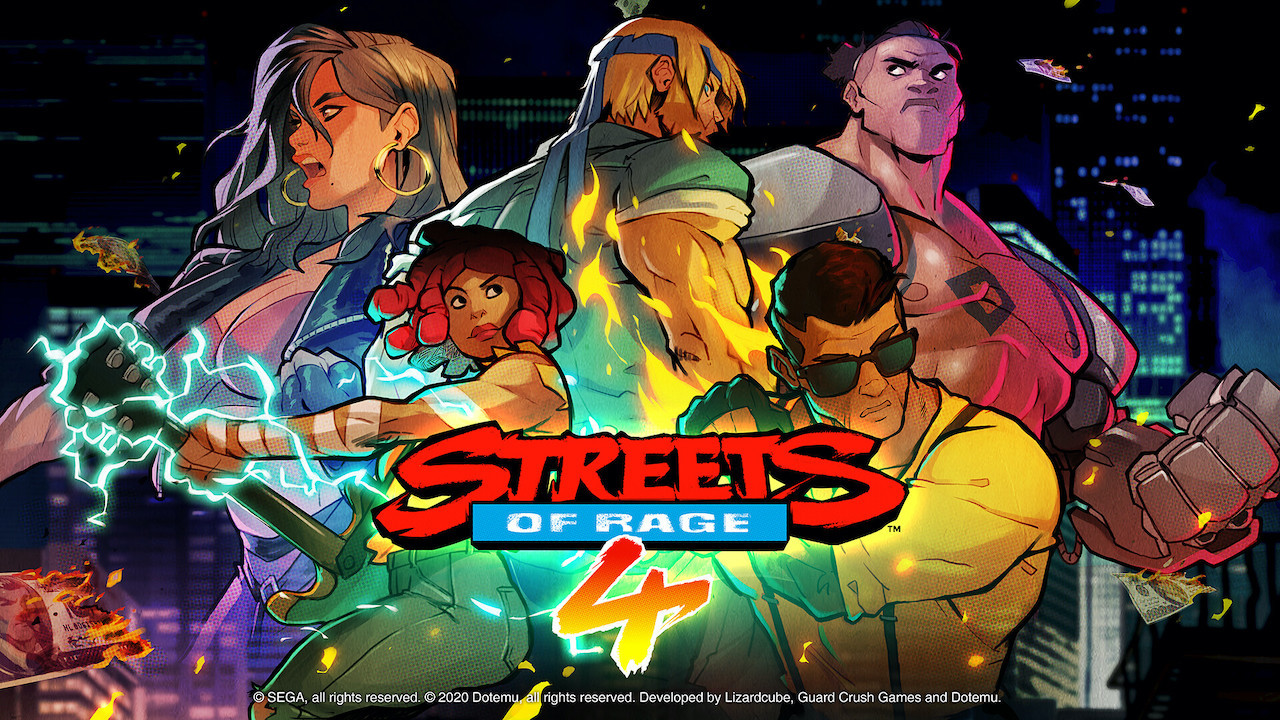 What a friggin great beat-em-up. I've played I think SOR2 back on the Sega Genesis but don't remember it fully.

Streets 4 was a great fun couple hours. The animations and combos feel really good playing it.

Much like River City Girls, I had a blast with this game.

I really wish this quarantine wasn't going on as this would have been the perfect game for local couch co-op. Online only limits it to 2-players which they'll likely fix with an update in the future.

I've already run through the game once and will likely give it another go.