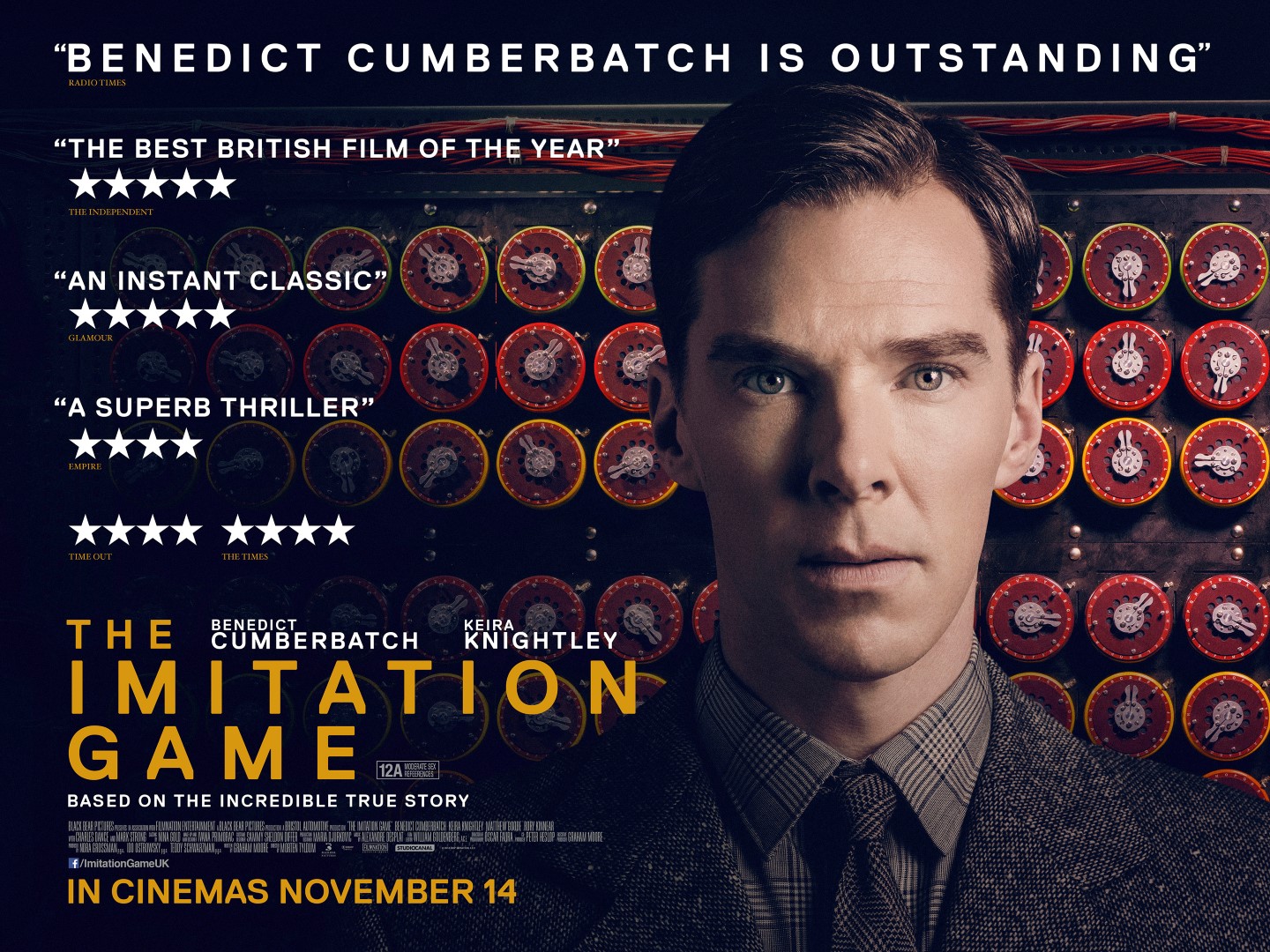 Sherlock…err…umm…Cumberbatch is awesome! I’m so gay for this dude that any movie he’s in, I’m just going to assume its gonna be badass! So yeah, this flick about cryptography reminds me a lot of A Beautiful Mind, in a sense that they are both mathematically gifted and they both see the world differently.

So basically Cumberbatch sort of invented the computer but was gay so he didn’t get any recognition till 2013 when his gayness was pardoned by the queen.