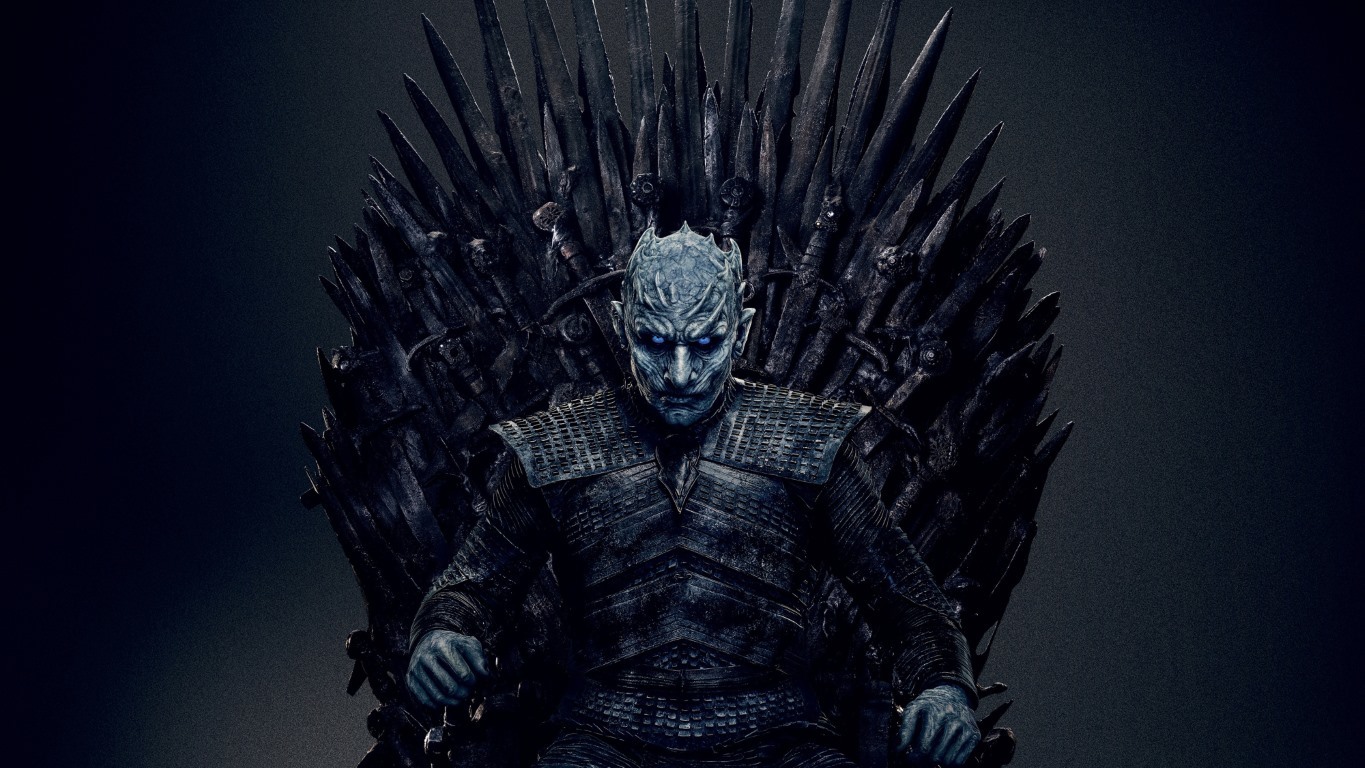 I don't even know where to begin. These fucking writers are garbage. Much like this meme. 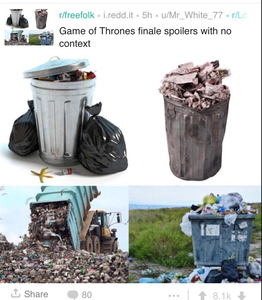 I simply just don't understand how so much went so wrong this last rushed season. They didn't explain anything that happened previously. Like, wtf was the meaning to those spiral bodies the Night King left? What about that stupid white horse that saved Arya?

WHY WASN'T THE NIGHT KING THE FINAL BOSS?

Instead they have Cersei just stand there for an entire episode with her stupid plan and watch Drogon burn down the entire city.

Hell, even the cast thought the last season was lame before it even aired.

I really hope they finish the books and give this series a proper ending. I'm sure I'll watch all the spin-off shows also because I don't respect myself. 🙂 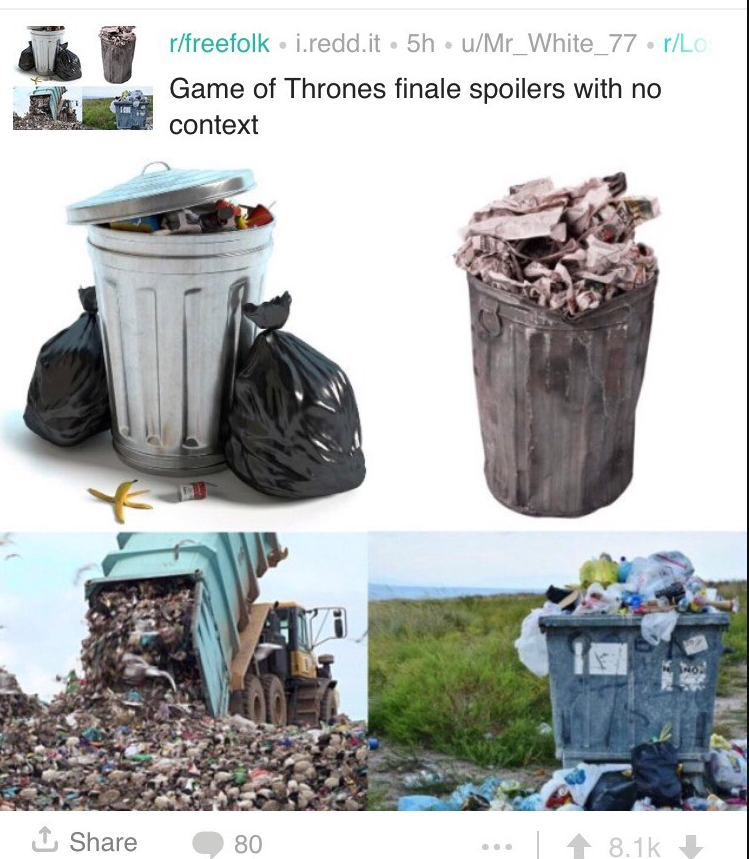