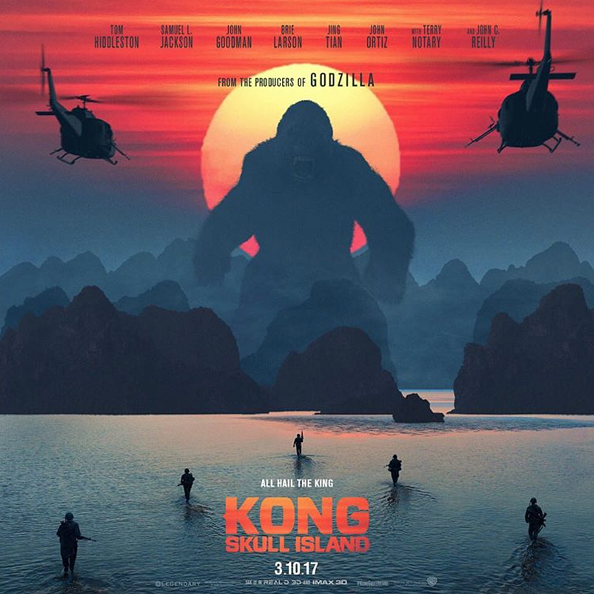 Entertaining from start to finish. Kong is a badass!

He pretty much just wrecked everything and everyone in the film. He was truly the king of the island.

I don’t think I’ve hated Samuel L. Jackson as much as I’ve hated his character in this film. However, his death was most satisfying.

Overall it was a CGI fest, which I’m cool with. Story was meh but it was enjoyable to watch. I’m glad they didn’t focus on Kong wanting to hook up with Brie Larson’s character. That would have been lame sauce.

I’m sure they’ll make another film soon enough. It’s almost like they pump out a new Kong film every 10 years or so.