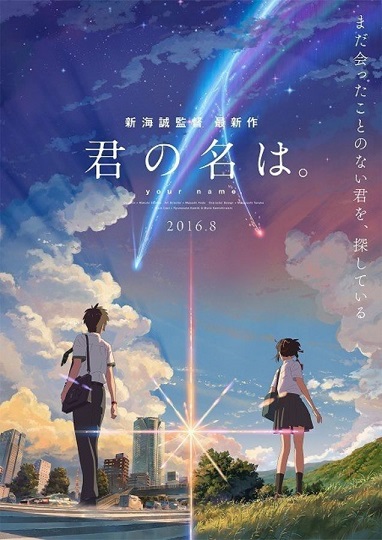 Probably the biggest animated hit in Japan since the Miyazaki films. A romance movie by Makoto Shinkai which has a bit of teen life, comedy and sci-fi thrown in.

Watched it with the wife and I think I enjoyed it a bit more than she did. I can definitely see why it’s super popular in Japan since it’s basically an ideal scenario for any teenager that’s a dreamer.

The animated scenery is amazing. Every detail in every scene makes me miss being in Japan. Every time the characters switch bodies after sleeping was hilarious.

The main male character Taki would grope himself when he was in the main female character’s body Mitsuha. I image most males would do the same if the situation actually happened.

Overall, I don’t know if it was just hyped up too much but it was a fun watch. I think if it wasn’t hyped up for me and I didn’t know a bit about it, I would have been pleasantly surprised.