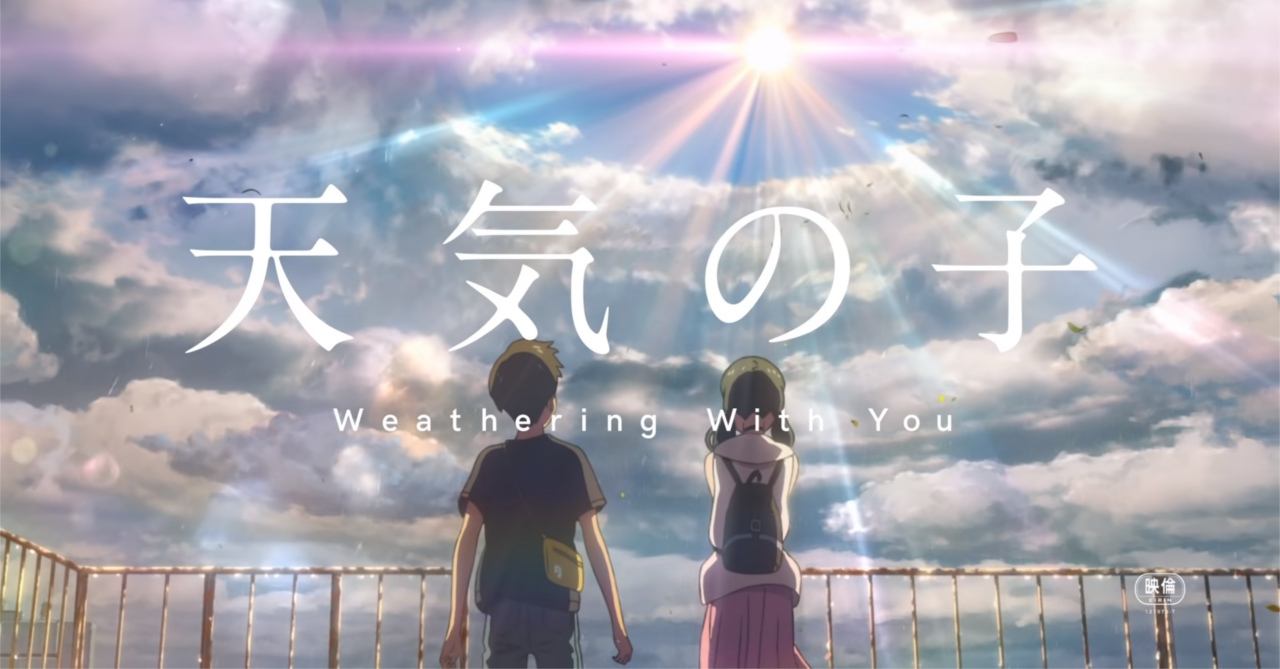 In the same friggin universe as Your Name!! Another romance animated film by Makoto Shinkai that probably has all the little girls in Japan swooning!

I didn't think it was as good as his previous film but it was still a cute movie. It's got a pretty wild premise about a girl that can basically summon the sun as will during rainy days.

The catch? She'll disappear if she keeps doing it. 🙁

The animation is probably one of the best I've seen in recent years. Everything is crazy detailed and it makes me miss Japan.

I love the little universe he's building with these films. I can't wait to see what his next idea is. I could have sworn there was someone causing all the rain in contrast to the sunshine girl.